Hawthorne Players are thrilled to announce that “Voices” will live on, but in a new location and form.  After eleven years at Valhalla Cemetery, the event will move to one of the most beautiful and prestigious cemeteries in St. Louis.

Bellefontaine Cemetery and Arboretum will host “Voices at Bellefontaine,” to be presented during the day on Saturday and Sunday, October 1 and 2. These new productions will feature familiar Hawthorne stars, and like those at Valhalla, the presentations will be researched, written, and directed by Larry Marsh, who is thrilled to have new stories to tell in a beautiful and historic new location.

Bellefontaine is the final resting place for many notable St. Louis individuals and families, but as was typical of “Voices of Valhalla,” most of the stories told at Bellefontaine will be about ordinary people, often doing extraordinary things. Some of the presentations are funny, some tragic, and some inspiring, but all are based on the lives of real people.  Along the way, audiences will learn more about the cemetery, its famous residents, and St. Louis area history.

Some of the permanent residents expected to come forward and tell their stories this fall will include a detective who solved the “Crime of the (19th) Century”; a musician who played for European nobility before being hired by P. T. Barnum; a lesser-known, ill-fated brother of one of St. Louis's famous early families; a loyal servant of another of those families; a noted health commissioner; a snake-oil salesman and more.

While everyone loved the Valhalla hayrides, Bellefontaine's spacious grounds and rolling hills are not conducive to hay wagons. Instead, audiences will be transported on trolleys/buses, stopping at locations in the cemetery where our characters will appear and talk about their lives and times.  At some locations, audience members may exit the trolleys/buses and walk short distances. The terrain can be uneven, so appropriate walking shoes are recommended.

As the trolleys/buses travel through the grounds, guides will tell attendees more about the cemetery, point out the impressive architecture, and note the final resting places of some of the famous residents.

Tickets will go on sale one month before the event.

You won't want to miss Hawthorne Players' production of this highly acclaimed musical!  Set on the bare stage of a Broadway theater, A CHORUS LINE is centered on seventeen Broadway dancers auditioning for spots in the dancing chorus.  With music by Marvin Hamilsch, lyrics by Edward Kleban, and a book by James Kirkwood, Jr. and Nicholas Dante, the original Broadway production was an unprecedented box office and critical hit, winning nine Tony Awards, in addition to the 1976 Pulitzer Prize for Drama. 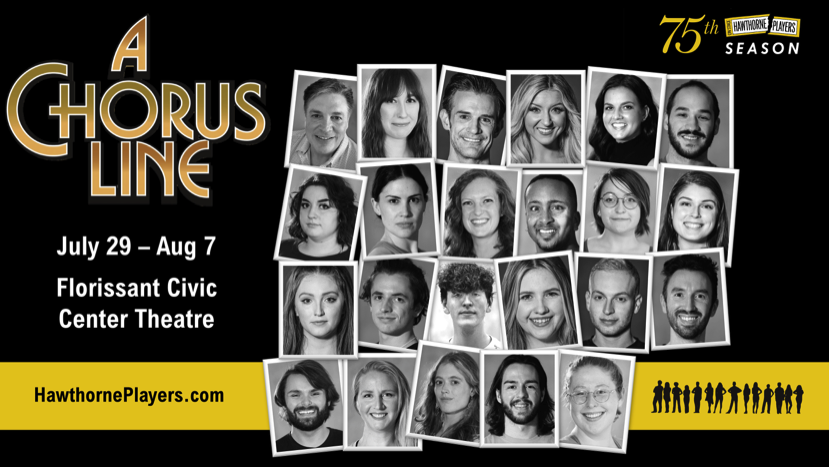