active in the performing arts

Hawthorne Players is one of the oldest community theatre companies in the St. Louis area.  It produces three plays each year at the Florissant Civic Center Theatre.  In addition to its theatrical productions, Hawthorne actively promotes the performing arts in the community, especially in schools.  A key component of this effort is a scholarship program.

Duckie DeMere Scholarships, named after the late veteran Hawthorne actress and director, have been presented  annually since 1992.  Over one hundred students have received grants totaling more than $63,000. 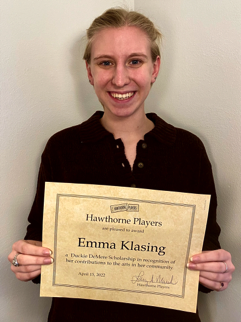 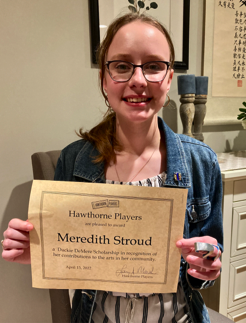 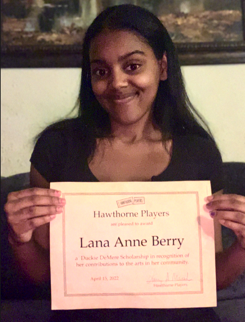