You won't want to miss Hawthorne Players' production of this highly acclaimed musical!  Set on the bare stage of a Broadway theater, A CHORUS LINE is centered on seventeen Broadway dancers auditioning for spots in the dancing chorus.  With music by Marvin Hamilsch, lyrics by Edward Kleban, and a book by James Kirkwood, Jr. and Nicholas Dante, the original Broadway production was an unprecedented box office and critical hit, winning nine Tony Awards, in addition to the 1976 Pulitzer Prize for Drama. 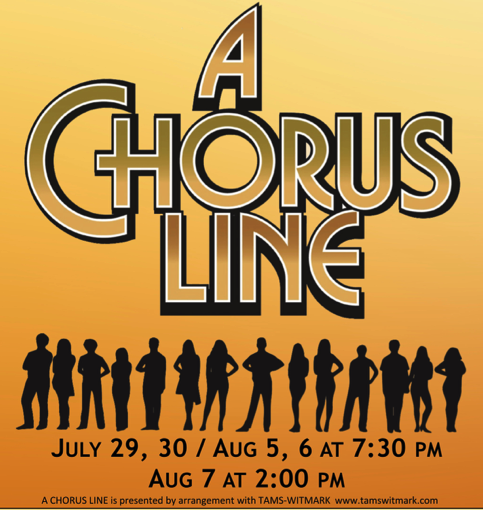